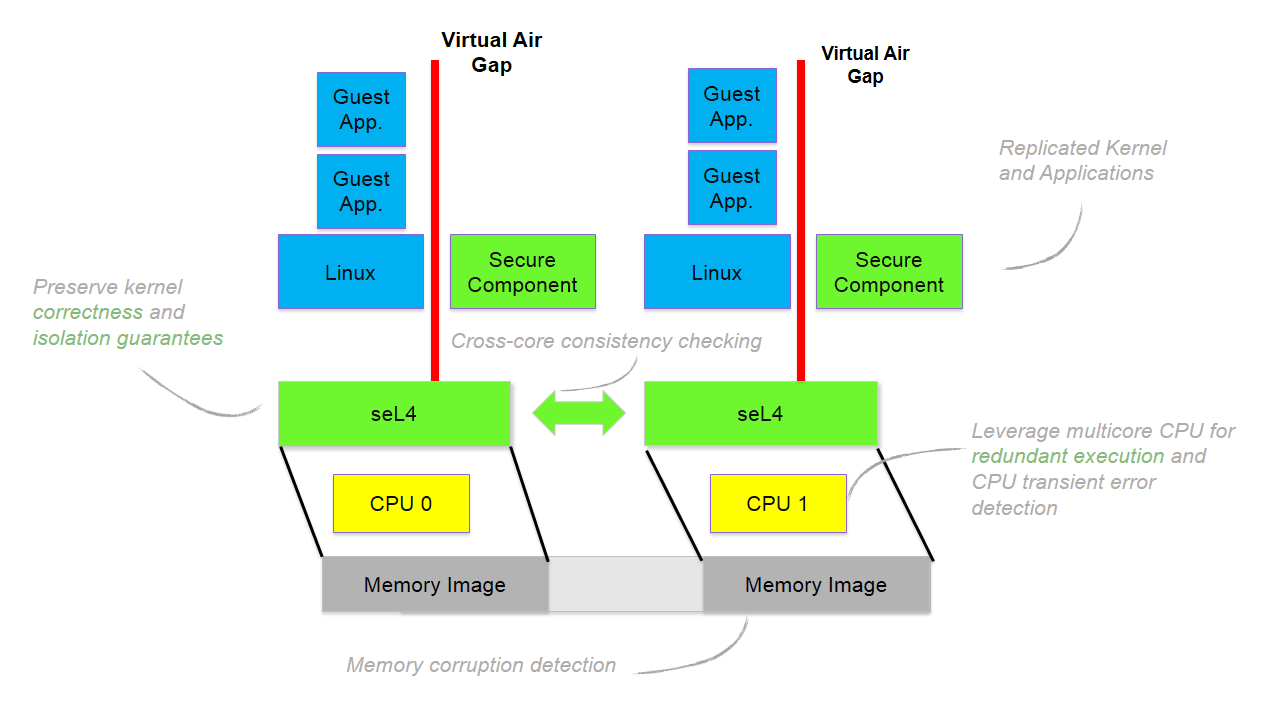 The project has uccessfully created a version of seL4 that provides redundant co-execution (RCoE) of an seL4-based system on COTS multicore, i.e. without any non-standard hardware support. It can run in dual or triple modular redundancy (DMR or TMR) configuration.

The replication and fault-tolerance implementation is done at the kernel level, meaning that the whole system is replicated, except for the minimal interfaces to non-replicated devices (mostly device register reads and writes). Our RCoE implementation is the first system that achieves such maximal replication on COTS hardware.

Having demonstrated the above, the projectis concluded for now. We will be happy to revive it should there be commercial interest.