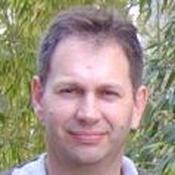 Kevin Elphinstone is seconded to CSIRO from the University of New South Wales. He is a core member of the Trustworthy Systems project, with particular responsibility for systems design and implementation issues, OS security and real-time issues.

His teaching focusses on operating systems at the undergraduate and postgraduate level. His courses have a reputation for being extremely challenging and rewarding. See COMP3231 and COMP9242 for details.

Dr Elphinstone led the seL4 project and is involved in the L4.verified projects, and is now looking towards creating a new class of trustworthy embedded systems based on a formally verified microkernel.

Prior to joining CSIRO, Dr Elphinstone was a research associate in the System Architecture Group at the University of Karlsruhe, Germany. Before that, was a visiting scientist at the IBM TJ Watson Research Center, New York.

Dr Elphinstone is a member of the ACM, and the Special Interest Group in Operating Systems (SIGOPS).