Ihor worked at TS from 2003 until 2021. During that time he led the systems team and many of the projects TS was involved with. He now works as an Engineer at Kry10. 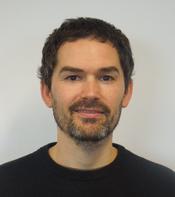 Ihor led the Systems Software team in the Trustworthy Systems group. The goal of this team was to investigate and develop safe and secure software that builds on seL4 and its verified properties. A large part of this work was the development and maintenance of seL4 and CAmkES (component architecture for microkernel-based embedded systems), which provides a platform that enables the component-based design and implementation of modular, microkernel-based operating systems. Ihor was also responsible for many of the external projects that the Trustworthy Systems team worked on (including our DARPA projects and various industry contracts).

Ihor's past and present collaborations include:

Prior to joining the Trustworthy Systems group, Ihor spent time as a research assistant and scientific programmer at the Vrije Universiteit, Amsterdam, designing and implementing the Globe wide-area distributed system. He was also a co-founder of Smarthaven, a startup company that developed intelligent mobile-agent based web search technology. In 2010/2011 Ihor spent a year in Europe, working on the Barrelfish multicore operating system at ETH Zurich, and on a version of AUTOSAR running on seL4 at Fraunhofer IESE.

Ihor holds a conjoint appointment at UNSW with the School of Computer Science and Engineering where he teaches and supervises students.

Ihor is a member of the IEEE Computer Society, the ACM Special Interest Group in Operating Systems (SIGOPS), and USENIX.